What is major trauma?

Trauma occurs when your body suffers an impact from serious injury.  When a person suffers multiple wounds or serious injuries that could result in death or serious disability, this is known as major trauma.  There are many causes of these injuries including road traffic accidents, falls, physical assaults (penetrating and blunt), sporting injuries and more.

Major Trauma is the leading cause of death and a major cause of disability in people aged under 45.  Prompt identification and effective treatment of major trauma can however save lives and prevent complications.  Massive blood loss, known as major  haemorrhage, remains the most preventable cause of death in this group of patients.

As a result of improved data collection, it has also become apparent that patients over the age of 65 constitute a significant proportion of patients identified as having injuries consistent with being classed as ‘major trauma’.

There is an estimated annual loss of economic output from deaths and serious injuries from major trauma of around £3.3 to £3.7 billion (National Audit Office 2010).

It is vital that these patients are identified quickly in the pre-hospital setting and taken to the most appropriate hospital for management of their injuries.

How do we measure major trauma?

It is not possible to determine the ISS at the time of injury as it requires a full diagnostic assessment and often surgical intervention in hospital.  For these reasons a system of triage is used (a paramedic ‘pathfinder’) which identifies those patients who are suspected of having major trauma. These patients are referred to as ‘candidate major trauma’ patients or ‘pathfinder positive’. The outcome of these triage tools determines the most appropriate destination for injured patients.

Those with potential major trauma injuries (‘pathfinder positive’ patients) will be taken directly to a Major Trauma Centre (MTC) where travel times allow, otherwise to the nearest Trauma Unit (TU) for rapid stabilisation and onward transfer to the MTC where necessary.

Not all trauma is major trauma. Minor and moderate trauma can be appropriately cared for at the nearest hospital with an Accident and Emergency Department.

How do we record major trauma?

Information about major trauma is recorded with The Trauma Audit Research Network (TARN).  Trained TARN coders assign all injuries with an Abbreviated Injury Scale (AIS) code (scored from an internationally recognised dictionary that describes over 2000 injuries). The AIS scores are used to calculate the Injury Severity Score (ISS) which denotes the severity of injury.

The data collected by TARN is used to undertake research to improve trauma care, and ensures that accurate and relevant information is provided to help Major Trauma Networks and the medical & nursing staff working in the Network improve their services.

TARN also uses data to demonstrate clinical outcomes which enables trauma services to see whether survival rates are improving –  whether they are making a positive difference to trauma care.  In Greater Manchester, the survival rate for major trauma patients has improved year on year since the network and major trauma centres were established in 2012.

Why are major trauma networks needed?

Major Trauma is the leading cause of death in people under the age of 45.  Over a number of years the level of care in England for these patients had been shown to be poor, with lack of regional organisation and poor consultant level involvement in decision-making (National Confidential Enquiry into PeriOperative Deaths (NCEPOD) “Trauma who Cares” 2007, National Audit Office “Major Trauma Care in England 2010”). The National Audit Office report estimated that trauma deaths could be prevented with systematic improvements to the delivery of major trauma care.

In response to these findings, regional major trauma networks were established. The Greater Manchester Major Trauma Network (GM MTN) is a coordinated and inclusive collaborative partnership between staff, services and organisations in a defined area (Greater Manchester) that deliver care to patients who have sustained major trauma injuries.

As a clinical network, the GM Major Trauma Network is part of the GM Critical Care & Major Trauma Operational Delivery Network (ODN).  The ODN is funded by commissioners of specialised services at NHS England and NHS Improvement.  The ODN is hosted by Manchester University NHS Foundation Trust.

Operational Delivery Networks  were established in April 2013, following the publication of the NHS England Strategy ‘Developing Operational Delivery Networks: The Way Forward’.  They cover specialised services which span geographical areas where patient pathways often flow across a number of service interdependencies and organisations.  ODNs focus on coordinating these pathways between providers to ensure consistent, equitable access to specialist resources and expertise. 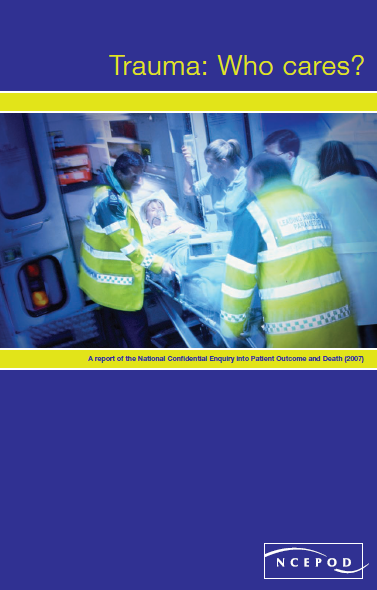 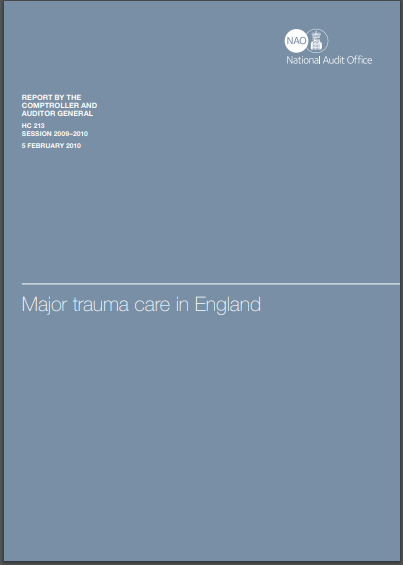